We are governed, our minds moulded, our tastes formed, our ideas suggested, largely by men we have never heard of… our invisible governors are, in many cases, unaware of the identity of their fellow members in the inner cabinet… Whatever attitude one chooses to take toward this condition, it remains a fact that in almost every act of our daily lives — whether in the sphere of politics or business, in our social conduct or our ethical thinking — we are dominated by the relatively small number of persons… who understand the mental processes and social patterns of the masses. It is they who pull the wires which control the public mind, who harness old social forces and contrive new ways to bind and guide the world. 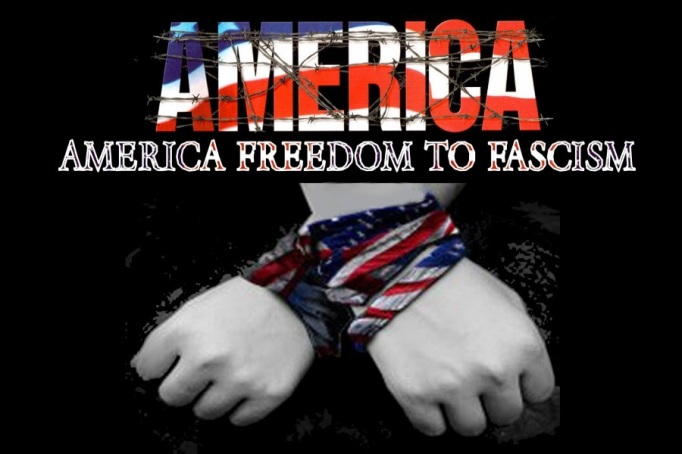 Here’s an oldie but goodie: America… Freedom to Fascism by filmmaker Aaron Russo, who was a manager for Bette Midler, and produced her movie The Rose, as well as Trading Places with Dan Aykroyd and Eddie Murphy.

This documentary is about the fallacies of the Federal Reserve Bank, the income tax law, as well as touching on several other new world order agendas.

I have to say that I’m not 100% convinced that Aaron Russo wasn’t a controlled opposition gatekeeper. He may well have been part of the club, sent out to make this movie to appease the conspiracy (I hate that word) crowd, and make them think that someone is on their side. The movie could also serve as gate-keeping in the sense of admitting something (i.e., that the IRS is a criminal enterprise) that almost everybody already knows, and then revealing just a little bit more, but then stopping short of revealing the more sinister agendas and practices of the elite.

(There are some red flags regarding Russo as possibly being controlled opposition that I should mention here: his running of a dance club in Chicago at an early age; his ability to book high-profile musical acts to play at his club at that early age, including dark occult and military asset groups such as The Who, CIA created The Grateful Dead, and dark occult-devil worshipping-Aliester Crowley idolizing Led Zeppelin; his Hollywood connections and award-winning Hollywood career; his friendship with Nick Rockefeller; his candidacy for governor of Nevada; his very well-produced “libertarian” special “Mad As Hell,” in which former FBI agent, satan worshipper, Noreen Gosch handler, Michael Aquino pal, and controlled opposition asset Ted Gunderson happened to be in the audience for that taped special (how the hell does that happen?); his interview with controlled opposition radio host Alex Jones. And there are other red flags. You may ask, if Russo is controlled opposition, then why are you presenting his documentary here? I’m actually asking myself that same question right now.)

Then again, Russo may have been genuine. I don’t know, and I can’t possibly say for sure because I didn’t know him. It’s hard to know for sure about people when you only know them through the internet.

Nevertheless, this still packs a wallop, and so here it is if you’ve never seen it before, or if you want to watch it again…

It’s time to destroy another sacred cow. Many of you hopefully already know this, but if you don’t, Abraham Lincoln, the 16th president of the United States of America, was a cold, calculating, sinister, deceiving, pathetic mass murderer, and that’s not strong enough.

Sherman’s march through Georgia, or through the south — whatever it is called — was murder, plain and simple. The Civil War that cost over 500,000 lives was unnecessary. He fought the Civil War because he was a Federalist and wanted to preserve the union. The individual states of the South, by the way, had every right according to the Constitution (at the time) to secede from the union, which was supposed to be a voluntary union. Lincoln made it mandatory and turned it into tyranny.

But what about this kind hearted man freeing the slaves, you might ask? The truth is that this cold-hearted politician was not anti-slavery. He and his advisors simply saw the opportunity to use the issue of slavery as a useful political tool to help their Civil War cause (of creating a tyrannical Federal Government) to be seen as a just cause in the eyes of the world, that the North had the moral high ground. This isn’t to say that the South didn’t have slavery, or slavery is good. No, slavery in any form is terrible, but Abraham Lincoln was not a good man whose heart was in the right place. He had an agenda, and an evil one at that.

The whole nation is interested that the best use shall be made of these (new) territories. We want them for the homes of free white people. — Abraham Lincoln, October 16, 1854

You will take possession by military force, of the printing establishments of the New York World and Journal of Commerce… and prohibit any further publication thereof… you are therefore commanded forthwith to arrest and imprison… the editors, proprietors and publishers of the aforesaid newspapers. — Order from Abraham Lincoln to General John Dix, May 18, 1864

Here’s a video of an interview with Thomas DiLorenzo, who wrote The Real Lincoln…